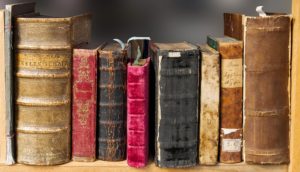 3) By 15.04.2021 the Pilot Group will inform potential contributors which of their 7 headwords have been accepted either in the print version and/or in the extended online version. (It is possible that all 7 proposals will be acceptable to the Pilot Group.) Those submitting their chosen headwords will then be invited to send a detailed proposal of their intended articles of not more than 2.000 characters per headword contribution.

4) At this point the Subject Editors and the Pilot Group will begin detailed interaction with the contributor in order to agree the fine-detailed scope and focus of their contributions. The Project Stylesheet will be sent to contributors and a submission date agreed.
Once the first draft of the text has been submitted the Pilot Group and Subject Editor will peer review the contribution in order to ensure it conforms to the agreed length and content parameters.

5) Contributors are invited to additionally avail themselves of our ‘Internal Area Review’ system which allows authors of mutually overlapping content to compare and contrast their texts and so minimize repetition and redundancies as well as ensuring optimal headword coverage.

6) At this point contributors submit a final version of their headword text.

7) Proofs will be sent to contributors for correction before the individual volumes go to press.
We understand that the process is structurally detailed but we think this necessary in order to guarantee optimal coverage and quality of content. This reference work will be a unique scholarly vade mecum and primary consultation resource for many years to come and it will reflect the distinction of its authors and its publisher.

The usual methodology for compiling reference works is for editors to compile a list of keywords and then search for academic experts to write the content for each keyword.
Because of the sheer interconnectedness of so many possible keyword topics when it comes to the overarching concept of "ideology", we have chosen an innovative and more effective approach that we believe will produce a reference work that is much more responsive to the needs of users.
Essentially we wish to cultivate a ‘let a thousand flowers bloom’ strategy by allowing the contributor-generated headword list to grow organically, taking advantage of the fact that potential contributors are capable of addressing their work not only to their primary subject specialisms but are additionally able to focus on associated or tributary topics linked to their main research activities which all too often they don’t get an opportunity to publish elsewhere.
In the context of Nazi ideologies, these could be valuable contributions to our project. Usually, interested scholars send in a maximum of one topic that they believe has the best chance of being selected. We believe that this sometimes leads to many more specialist topics never being submitted.
Rather than having the editors alone provide a headword structure, we have decided to have our headword structure supplemented by many such proposals from those scholars who will eventually be the primary users of the published work.

Accordingly, we are now inviting scholars and dedicated researchers on all aspects of Nazi ideology to join this exciting project and submit up to 7 headword suggestions to our pilot group to consider and for which they would be basically willing to contribute content.

Our editorial pilot group will examine each headword suggestion and its relationship to the many other headword suggestions submitted by scholars. We will then contact the scholars who have submitted headword suggestions and invite them to submit more detailed proposals for the selected articles which will concentrate on the detailed focus and coverage of their submission.
The proposals then submitted will be coordinated between the Area Editors and all contributors of adjacent articles to avoid redundancy. In this way, we also aim to interlink the various contributions and make them relate to each other.
We believe that this innovative editorial collaboration between the editors and the scholars who will contribute to and use these volumes will ensure a keyword list that is more organic and conceptually coherent, as well as far more faithful and sensitive to both the needs of eventual users as well as being able to fundamentally contribute to the past, present, and future of scholarship devoted to the ideology of National Socialism in the Third Reich.